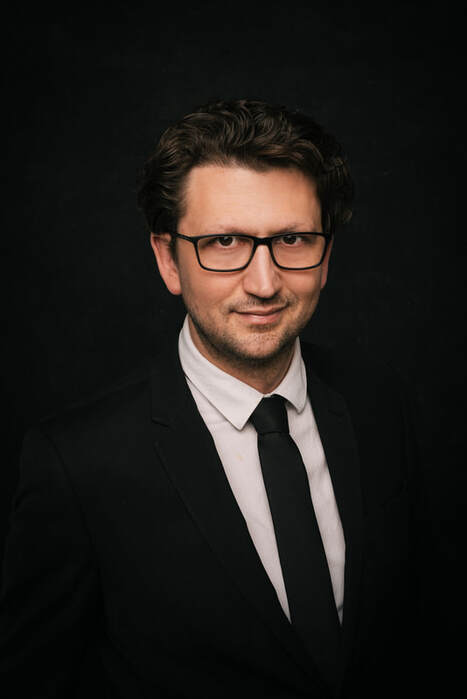 From humble musical beginnings playing in a small brass band in country NSW, Matthew Manchester is now recognised as one of Australia's leading practitioners and teachers in the historically informed performance of Rennaisance & Baroque music. Matthew holds a Bachelor of Music (Music Education) with Honours, a Master of Music (Performance) from the Sydney Conservatorium of Music, and is currently completing his PhD. Matthew is in demand as a performer on a wide range of early wind and brass instruments, most notably cornetto and baroque trumpet.
​
Living in London from 2008-2012, Matthew performed with numerous early music ensembles, including the Gabrieli Consort, His Majesty’s Sagbutts & Cornetts, London Early Opera, Wroclaw Baroque Orchestra, Little Baroque Company, Manchester Baroque, Charivari Agreable, Oxford Baroque, and the Brandenburg Sinfonia. Matthew performs regularly as principal cornetto and guest principal trumpet of the Australian Brandenburg Orchestra, and in 2019 appeared as guest conductor with the orchestra. He is the principal cornetto of the Orchestra of the Antipodes and Pinchgut Opera, and as a freelance soloist and ensemble musician throughout Australia. He has featured in performances, recordings, and broadcasts with Australian orchestras and ensembles including Ironwood Chamber Ensemble, Latitude 37, Van Diemen’s Band, The Australian Romantic and Classical Orchestra, An Unholy Rackett, BachBand@StJames, The Muffat Collective, and the Australian Baroque Brass. His discography includes dozens of recordings in both the U.K. and Australia, as well as numerous ABC Classic FM broadcasts. Matthew performs regularly in duet with his wife, soprano Anna Sandström, with whom he formed Camerata Antica in 2010. The group has since gone on to perform throughout the UK, Europe and Australia.

Matthew is also a passionate music educator and conductor, equally at home in the classroom, lecture theatre, or on the podium. He is co-conductor of the NSW Schools Symphonic Wind Orchestra and has conducted numerous university and school ensembles in Australia, including the Sydney Youth Orchestra, the NSW Schools Senior Singers, the Schools Spectacular Combined Choir. Matthew has also been engaged as guest director with the Sydney Conservatorium Early Music Ensemble and as Artist-in-residence at the Australian National University, and the University of Melbourne. Matthew lectures and teaches pre-Baroque performance practice and cornetto in the Historical Performance Division of the Sydney Conservatorium of Music, and is the director of the Fort Street High School Instrumental Music Program, widely regarded as the leading program of its kind in the NSW Department of Education.